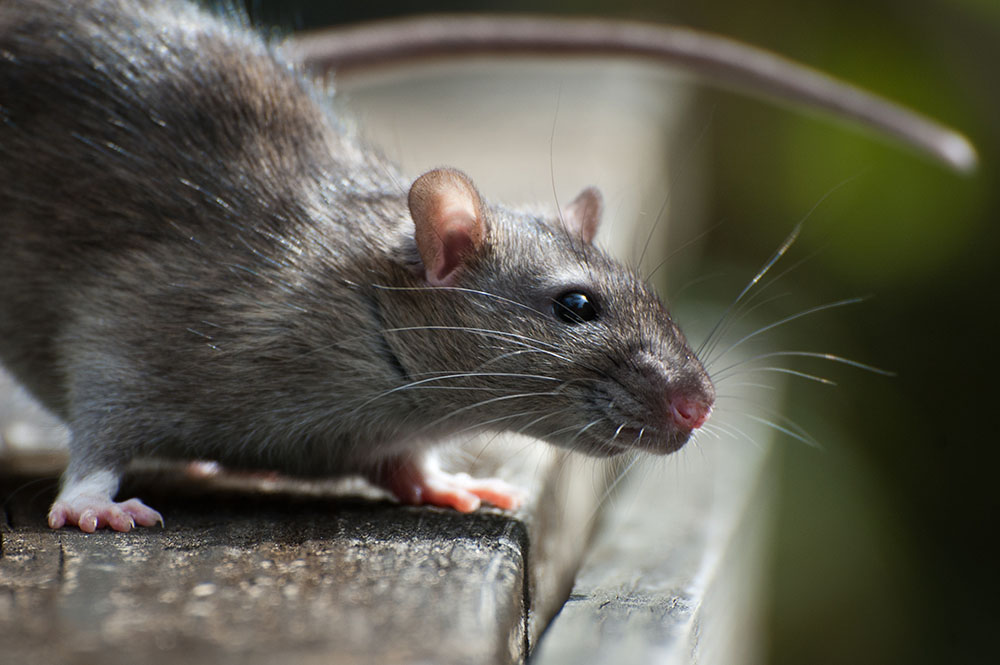 Rats are not commonly favorite creatures of humans or any other mammals. The brown rat (also known as the common rat, street rat, sewer rat, Hanover rat, Norway rat, brown Norway rat, Norwegian rat, or wharf rat), is the most well-known and common of the species. The rodent has coarse brown or grey fur and its body and tail length can get up to 10 inches long. While the male rat weighs an average 12 ounces, the female is much smaller, clocking in at a mere 9 ounces. Most professionals believe the Norwegian rat was first introduced in northern China but, currently the creature has migrated to all continents except Antarctica. Interestingly, this particular animal is the dominant presence out of all the other types in its species in North America and Europe, additionally, the rat is known to dwell wherever humans live, especially in urban areas. With selective breeding practices, the rodent has made the laboratory rat and pet rats. This species is nocturnal and a good surface and underwater swimmer. In addition, it can climb slim, round, and metal poles for several feet, and can also dig very well, making this animal smart but a thing of nightmares.