Stink bugs, sometimes referred to as shield bugs, are members of the Hemiptera order. These bugs are aptly named because they have small glands located on the thorax that are capable of emitting a bad smelling liquid. This ability is believed to be a defense mechanism that can be employed against predators; when a stink bug is mishandled, for example, it will release a foul odor.

Stink bugs range in color from brown to brilliant green, although many are duller shades designed to blend in with vegetation; a few, however, have bright orange markings that are thought to serve as a warning to predators. Nearly all species are distinguished by a triangle- or shield-shaped plate on their backs. Stink bugs are part of an order of insects sometimes called “true bugs,” which do not chew with their mouths; instead, they have a proboscis that allows them to suck the liquids out of plants.

« Back to Pest Library 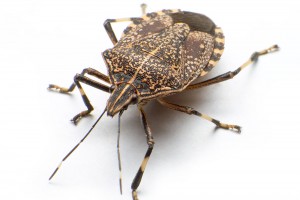